Laura's speech in the Counter-Terrorism and Sentencing Bill Second Reading 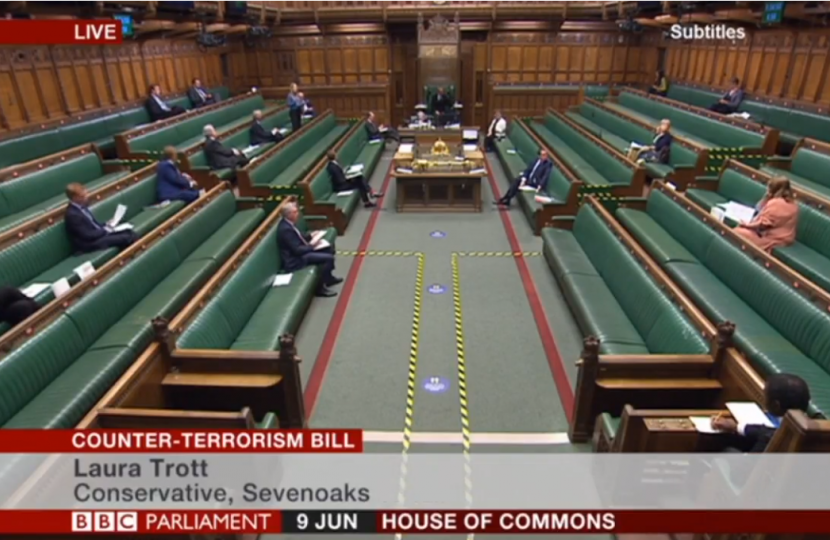 Today I spoke in the Counter-Terrorism and Sentencing Bill Second Reading in the House of Commons. I have voiced in the chamber previously my long standing concerns with standard determinate sentences (where you are automatically released at a point in your sentence) for serious crimes. The idea that convicted terrorists would be let out of prison automatically without parole board involvement is unacceptable. I am pleased this has been rectified as part of this Bill and I now urge the Government to look at also applying this to other serious crimes, such as rape.

As part of my speech I also referenced the risk of terrorists radicalising others while in prison, and the need for rehabilitation work. These are serious matters and I was pleased to see such issues covered in detail by both sides of the House during the debate today.

MP for Sevenoaks and Swanley, Laura Trott, has today launched a four-point plan to help tackle anti-social behaviour in the local community.