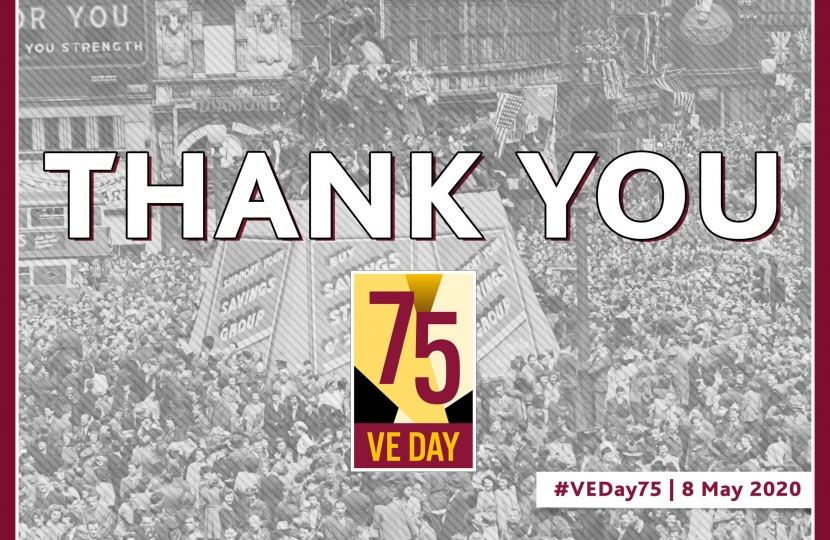 Today marks the 75th anniversary of #VEday. I know that many of you would have planned to join the celebrations, however given the current restrictions I wanted to share with you some ideas for how to mark the occasion from the safety of your home.

🕚 11am: A national moment of remembrance and a two minute silence

🎙 14.45: Extracts from Winston Churchill’s victory speed broadcast on BBC One

📺 21.00: Her Majesty the Queen will address the nation at the exact moment her father, George VI, gave a radio address 75 years ago

🗣 Just after 21.00 a national sing along with Dame Vera Lynn to her wartime classic “We’ll meet again”

Parliament has also curated a series of material from the archives, which includes works of art and education material online for families to use with their children (www.parliament.uk/ww2).

As we face some of the most challenging times since the Second World War, now more than ever it is important to unite in recognition of people’s service to the nation, just as communities did 75 years ago.