MP COLUMN: What a summer of sport! 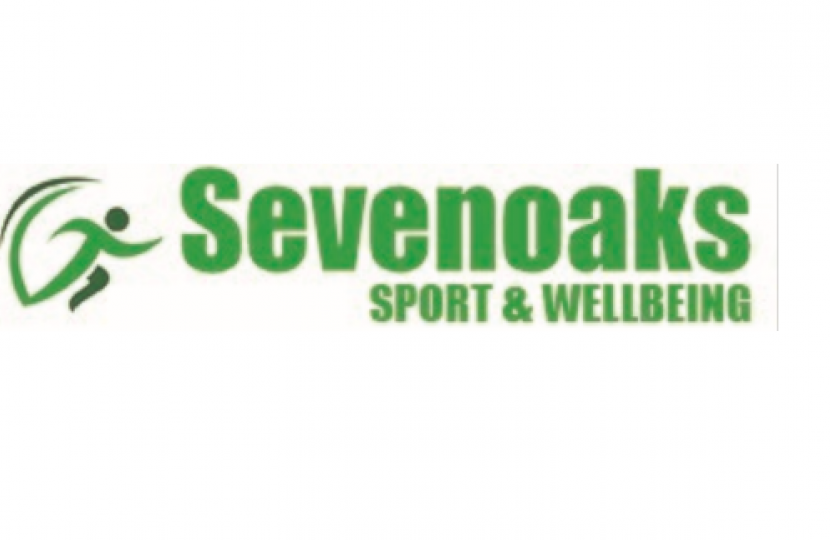 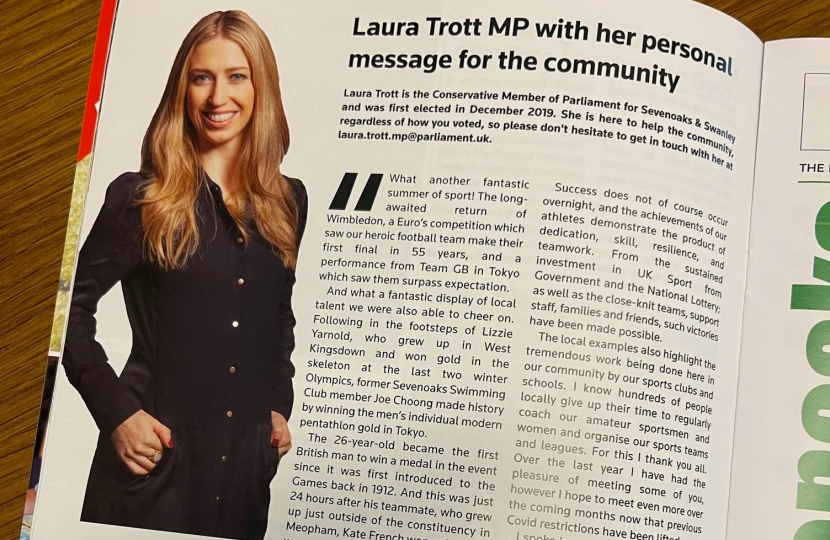 What another fantastic summer of sport!

The long-awaited return of Wimbledon, a Euro’s competition which saw our heroic football team make their first final in 55 years, and a performance from Team GB in Tokyo which saw them surpass expectation.

And what a fantastic display of local talent we were also able to cheer on. Following in the footsteps of Lizzie Yarnold, who grew up in West Kingsdown and won gold in the skeleton at the last two winter Olympics, former Sevenoaks Swimming Club member Joe Choong made history by winning the men’s individual modern pentathlon gold in Tokyo. The 26-year-old became the first British man to win a medal in the event since it was first introduced to the Games back in 1912. And this was just 24 hours after his teammate, who grew up just outside of the constituency in Meopham, Kate French won gold in the women’s modern pentathlon.

Success does not of course occur overnight, and the achievements of our athletes demonstrate the product of dedication, skill, resilience, and teamwork. From the sustained investment in UK Sport from Government and the National Lottery; as well as the close-knit teams, support staff, families and friends, such victories have been made possible.

The local examples also highlight the tremendous work being done here in our community by our sports clubs and schools. I know hundreds of people locally give up their time to regularly coach our amateur sportsmen and women and organise our sports teams and leagues. For this I thank you all. Over the last year I have had the pleasure of meeting some of you, however I hope to meet even more over the coming months now that previous Covid restrictions have been lifted.

I spoke in my last column about the need to get moving, and I hope the last few months have inspired people once again to get active. For the first time ever, there were more female athletes competing for Team GB than male athletes. This success is the result of all the impressive results female competitors have racked up in the past year and I’m sure will inspire many more young girls to choose sport and aim high.

I support calls made my colleagues in a report published last month by the House of Commons' Digital, Culture, Media and Sport Select Committee, which called for more action to protect grassroots sporting clubs, which have nurtured many of Great Britain's athletes currently competing at the Olympic Games in Tokyo. Community sports clubs nurture our professional sportsmen and women and bring joy to people young and old – and it has been a triumph to watch sport once again unite our country.

MP COLUMN: Have your say over climate change talks

With the countdown well and truly on for the start of COP26 in Glasgow, I am delighted to have now opened registrations for my own Sevenoaks and Swanley virtual Climate Change Conference which will be held on 5th November.