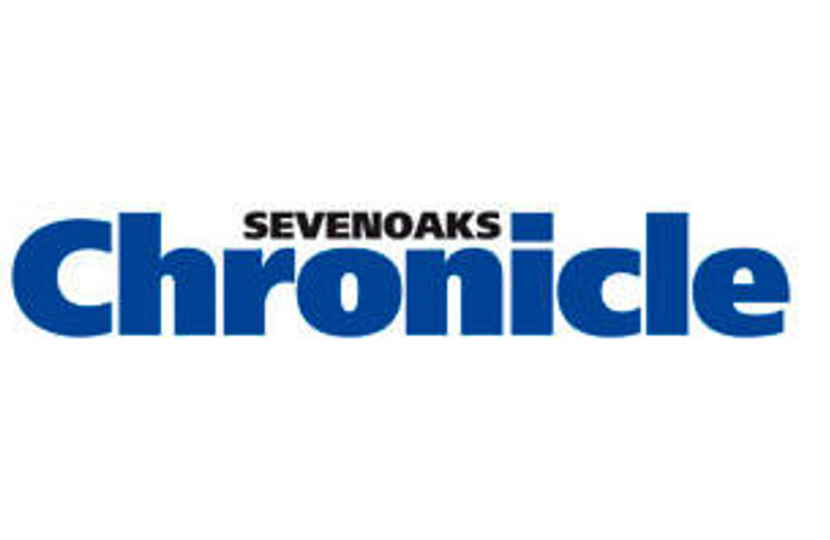 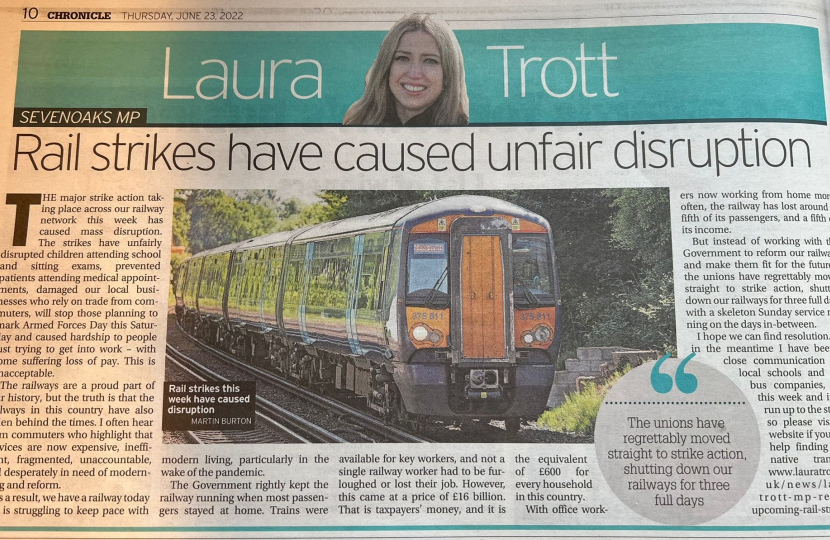 The major strike action taking place across our railway network this week has caused mass disruption.

The strikes have unfairly disrupted children attending school and sitting exams, prevented patients attending medical appointments, damaged our local businesses who rely on trade from commuters, will stop those planning to mark Armed Forces Day this Saturday and caused hardship to people just trying to get into work - with some suffering loss of pay. This is unacceptable.

The railways are a proud part of our history, but the truth is that the railways in this country have also fallen behind the times. I often hear from commuters who highlight that services are now expensive, inefficient, fragmented, unaccountable, and desperately in need of modernising and reform.

As a result, we have a railway today that is struggling to keep pace with modern living, particularly in the wake of the pandemic.

The Government rightly kept the railway running when most passengers stayed at home. Trains were available for key workers, and not a single railway worker had to be furloughed or lost their job. However, this came at a price of £16 billion. That is taxpayers’ money, and it is the equivalent of £600 for every household in this country.

With office workers now working from home more often, the railway has lost around a fifth of its passengers, and a fifth of its income. But instead of working with the Government to reform our railways and make them fit for the future – the unions have regrettably moved straight to strike action, shutting down our railways for three full days, with a skeleton Sunday service running on the days in-between.

I hope we can find resolution. But in the meantime I have been in close communication with local schools and local bus companies, both this week and in the run up to the strikes, so please visit my website if you need help finding alternative transport: https://www.lauratrott.org.uk/news/laura-trott-mp-reacts-upcoming-rail-strikes

Laura Trott, MP for Sevenoaks and Swanley, was delighted to yesterday welcome Baroness Vere of Norbiton, Minister for Buses at the Department for Transport, to Sevenoaks.