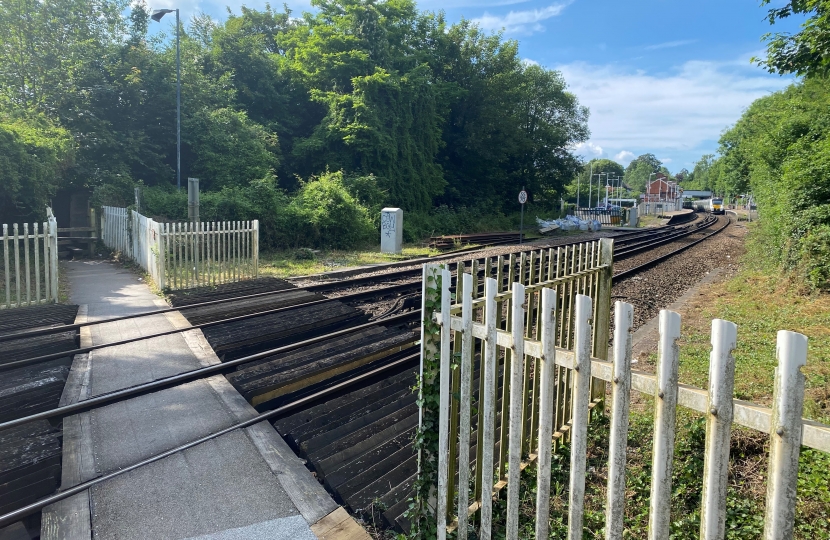 Recently, I met with concerned residents from Otford, together with local district councillors Irene Roy and John Edwards-Winser, to discuss the proposed replacement of the current pedestrian crossing over the railway track with a bridge.

For those unaware, Network Rail are looking to replace the existing footpath leading from Tudor Drive, however residents have voiced concerns about how the elderly and less mobile would negotiate this, particularly in icy winter weather.

Residents opposing the application are keen to have their say, but were concerned that the Planning Inspectorate will not hold the inquiry in person, and due to the change of date, residents who had planned holiday are now unable to join.

For an issue that affects so many people I want the inquiry hearing to be as accessible as possible, and understandably residents believe a purely online hearing could exclude the very people most affected by the proposal.

I have written to the Planning Inspectorate on a number of occasions to ask the inquiry be pushed back, and for consultation to take place over in person, on a new date. I did not receive a satisfactory response, and have now requested an urgent meeting.

I am also chasing Network Rail, who promised to hold a public meeting with residents, to discuss a possible option of mini-lights rather than a bridge. I am very concerned this meeting has not yet been held.

The voices of concerned residents must be heard at a public inquiry, and I will continue to fight to ensure this happens.

At the start of the year, I wrote in the Sevenoaks Chronicle to reflect on 2021 and look ahead to the 2022. If you missed this, please do visit here.

Despite the challenges we faced with Covid last year, I am pleased we made excellent progress on many of my local priorities including: