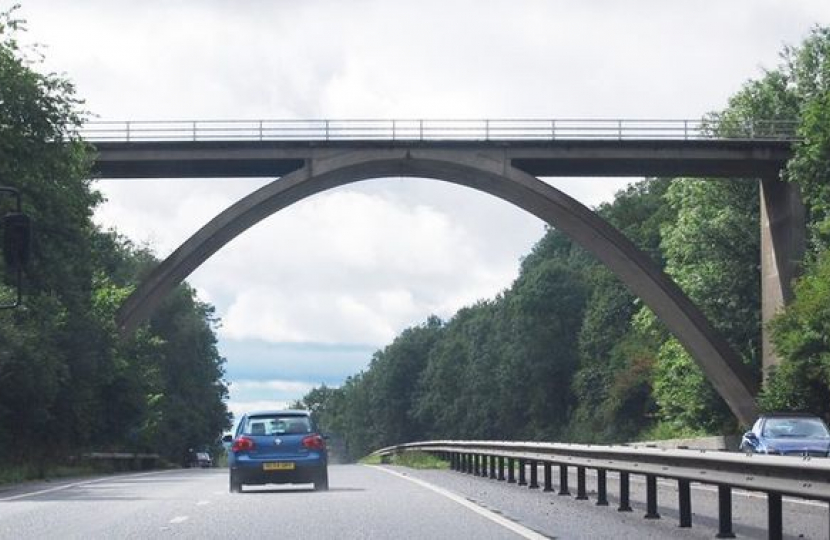 Since the vital works on Gracious Lane Bridge took place, it has been very frustrating that due to issues relating to underground utility infrastructure, access across the bridge continues to be subject to traffic lights allowing travel in only one direction at a time.

I have remained in touch with National Highways, who have been equally frustrated that matters beyond their control have held up the final completion of works.

However, the good news is that works will now recommence from 11th July, with a target of 31st August for completion.

Initially, National Highways will be working behind the temporary safety barrier, but will require some full closures of the bridge as they progress. I had previously been assured any closures would simply be a matter of days outside of the midweek period. The sequencing of the works should be worked out shortly and I will update you when I know more.

Please note National Highways will be installing a temporary welfare cabin on the wide grass verge of Oak Lane to accommodate the larger workforce that will be on-site. The presence of this cabin will be unsightly, but is entirely temporary and will be removed once the works are complete.

Thank you for your ongoing patience. I will share updates as and when I have them.

Laura Trott, MP for Sevenoaks and Swanley, was delighted to yesterday welcome Baroness Vere of Norbiton, Minister for Buses at the Department for Transport, to Sevenoaks.