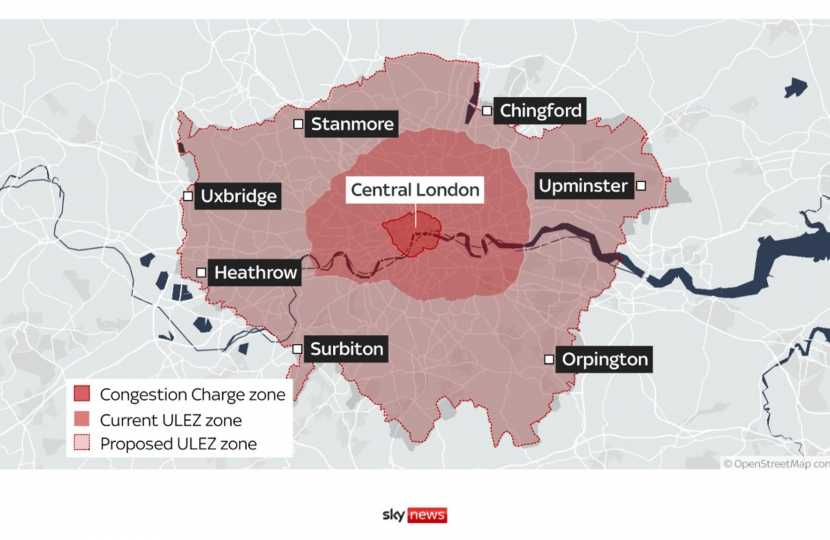 Following our successful campaign against Sadiq Khan’s London boundary tax, you may be aware that the Mayor decided to consult on an extension of the Ultra-Low Emission Zone (ULEZ) across London in 2023 – which if implemented would mean a daily charge of £12.50 for diesel cars registered before September 2015, and most vans registered before September 2016, will have to pay a ULEZ charge to drive into London. Cars with petrol engines will not be liable for the charge if registered in 2006 or later (nor in some instances if registered between 2001 – 2005, depending on the model).

This proposal is unacceptable, and will incur a huge costs for many local residents. Last week I responded to the consultation and was clear in my response to the Mayor that it must be scrapped.